The Six Secrets Of Intelligence : What Your Education Failed To Teach You by Craig Adams (2019)

Sometimes you come across a book which isn't a book you would write, but says a lot about topics on your mind. This is one of those books for me. It particularly touches on a lot of issues that motivated the Mind Atelier project. I first read the book early in the pandemic, so this is in part an exploration of those issues through the exploration of the content of the book as much as a traditional review.

Craig Adams is a former publisher and teacher, which was interesting to discover because in this book he is very much a campaigner for philosophy as a subject. I am not a philosopher and people have asked me - aren't philosophers already thinking about thinking? What more is there to say?

For me, the first answer is an analogy with science and engineering. Philosophers have articulated many key principles with regard to thinking and continue to work on new ones - but most of them are not so interested in how they are applied in daily life. This is an area that I (and indeed Adams in this book) think there is something to add to. The second is that like much like another academic discipline often related to thinking, Decision Science, the preferences of Philosophy mean some areas of thinking get much more attention than others - and I would hope at some points Mind Atelier helps widen all our horizons a little.

On to the book! Starting with the title, I do think something feels not quite right. Intelligence is a word that in common usage has a lot of overtones of "innate talent." Most obviously in the realm of debates about IQ (Intelligence Quotient) testing. By contrast, when we look at the introduction of the book Adams wants to define it as "how you think." Implicitly then for Adams this is not something innate (as in IQ). He's talking about something that we do and we can learn to do better. He says explicitly it's not about knowledge. He also says: "We describe intelligent people in different ways: ‘perceptive’, ‘subtle’, ‘critical’, ‘logical’, ‘rational’, ‘analytical’ or ‘creative’ – but what exactly do these words mean and how are they supposed to help us?"

This acknowledgement for me says Adams is really talking about "thinking well" more than "intelligence" -  and I think it's a more valuable book if you mentally make that replacement.

One reason I decided to write about this book now is because the first three "secrets of intelligence" Adams writes about are Deduction, Induction and Analogy. If you're interested in a clear and accessible in-depth explanation of these concepts I really recommend the book, it's worth the price for that alone. It's also a good layperson's introduction to some of the other ways Aristotle has influenced the way we think about thinking.

"Secrets of intelligence" Four, Five and Six are introduced in a chapter titled "Reality, Evidence and Meaning: How to Think Like a Philosopher."

The chapter begins with the following quote from philosophy professor J.A. Smith in 1914 "... if you work hard and diligently you should be able to detect when a man is talking rot, and that, in my view, is the main, if not the sole, purpose of education." This is a regular preoccupation of philosophers, especially the ones who decide to write for lay audiences - often under the label of "critical thinking." I think this is a bit of a limitation and possibly part of where I part ways with Adams a bit. There is a value to testing arguments, but large parts of useful thinking in life are not dominated by adversarial debate. Misinformation is a growing problem in particular spheres (most obviously those related to current political hot issues) but a lot of life involves less contentious subjects. What is missing from the "critical thinking" frame is the acts of creation and building in thought. As the Mind Atelier project goes forward that is one thing I hope to address.

Coming back to the meat of the chapter, Adams suggests the first question of philosophy is "what's real?" (I am not qualified to say if other philosophers would agree with him.) But for Adams this is another key insight from Aristotle:

"It takes just one question – what’s real? – to make us aware of the fact that all of the things we argue about do not exist in the same way. Once you see the difference between ideas and things, it becomes easier to understand why so many explanations about how the world works are nothing more than facile and seductive drivel."

He goes on to argue that the question of "what's real?" is the heart of the development of science - and that good scientific explanations are rooted in the physical world. For Adams, explaining the physical world with ideas is pseudoscience. So far, so good, but I can already hear you thinking "there's more to life than just the physical world."

Fortunately, so can Adams and taking the example of politics he explains: "But if ideas only exist in our heads, then how can we ‘prove’ that we’re right? What sort of thinking helps us to have conversations about some of the fuzziest but most important ideas? To find the answers, we need to ask the second of philosophy’s simple questions: what do you mean?" In particular, Adams cautions us (citing Aristotle) that most positive/negative words have no meaning in themselves. In order to sort out ideas we have to explain in depth how we are judging them - good or bad in what ways?

Adams then returns to the question of logic (as in deduction, induction and analogy) and reminds us that if the premises are wrong, then logic will give us the wrong answer. For Adams, to find truth we need more than reasoning, we need evidence. And thus we come to his third key question "what counts as evidence?" This is a section worth reading in full, as short quotes don't do it justice, but a key point is that what counts as evidence starts with fundamental assumptions about what a thing is (eg. is it physical? is it an idea?) and that without agreement on what something is you cannot agree on what evidence counts and you cannot meaningfully discuss the truth of an argument about that thing.

Adams reaches an important minor conclusion here: "The real power of philosophical thinking is that it’s unavoidable. There’s no way to have a meaningful discussion if you ignore the questions what’s real?, what do you mean? and what counts as evidence? If we want to sound more erudite, we can jazz them up with their ‘proper’ philosophical names – ontology, semantics and epistemology – but no matter what we call the questions that matter, we can’t ignore them."

The chapter continues with multiple good examples explaining how these concepts apply to some significant matters of public debate. Adams closes this first half of the book with a reminder that: "We’re familiar with the idea that the words we use are a product of our own vision of the world; that we define everything from our own perspective – but we don’t learn how to map the depth of that perspective. Every level of argument that we fail to recognise and interrogate – from words to premises to the methods, evidence and assumptions on which entire systems of thought are built – is another opportunity that we miss to understand the complex ideas that shape the way we live."

In the second half of the book, Adams begins with "Thinking about Thinking" - which naturally I like as a topic. In it he derives from the existence of various cognitive biases a case for Thinking About Thinking: "Contrary to the belief that has powered education in the Western world for around half a century – the belief that abstract ideas only confuse us, rather than revealing the fundamental building blocks of the ways that human beings think – the Modern School of Thought shows that Aristotle was right all along. We almost never discover the most fundamental principles that would save us from misreading the world by ourselves. We simply do not work out the ‘rules’ of our psychological reality by stumbling around alone in the long grass of individual examples and personal experience. The ‘school of life’ teaches us far less than we think."

I agree with the conclusion, but from a different starting point. I think that current discussions focus too hard on "cognitive biases" but I do agree there is a lot to be gained from thinking (and learning) directly about thinking.

The book closes with Adams' ideas about education in depth and addresses many problems we have all observed. There is much to agree with and some to disagree with in here, but education is such a big topic I want to mostly save it for another time.

However I will close with one quote that seems to touch on the heart of the Mind Atelier project:

"The answer is this: the reward for studying a subject is not the facts you end up with at the end of the course; it’s the way of thinking that produced them. Most discussions about what to do and why – in business, in politics, in family life – don’t map in any way on to the subjects that we learn at school. We rarely face problems that are uniquely ‘scientific’, ‘mathematical’ or ‘literary’. More often, they are a mixture of different ways of thinking. Life is nothing like school; it isn’t divided into subjects. Life forces us to use different types of thinking to make sense of all the angles of complex problems. A true education in thinking does not teach us to absorb a collection of facts that we can’t make use of; it teaches us to apply an arsenal of different ways of thinking and problem-solving to life itself." 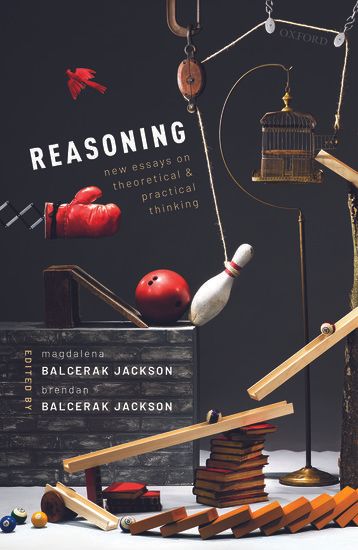 As with a previous book review, this is as much an exploration of issues as a straight review. If you are not engaged in philosophy and the subfield of philosophy around "reasoning" then while this book is interesting, I can't recommend it because it is priced for academic libraries - 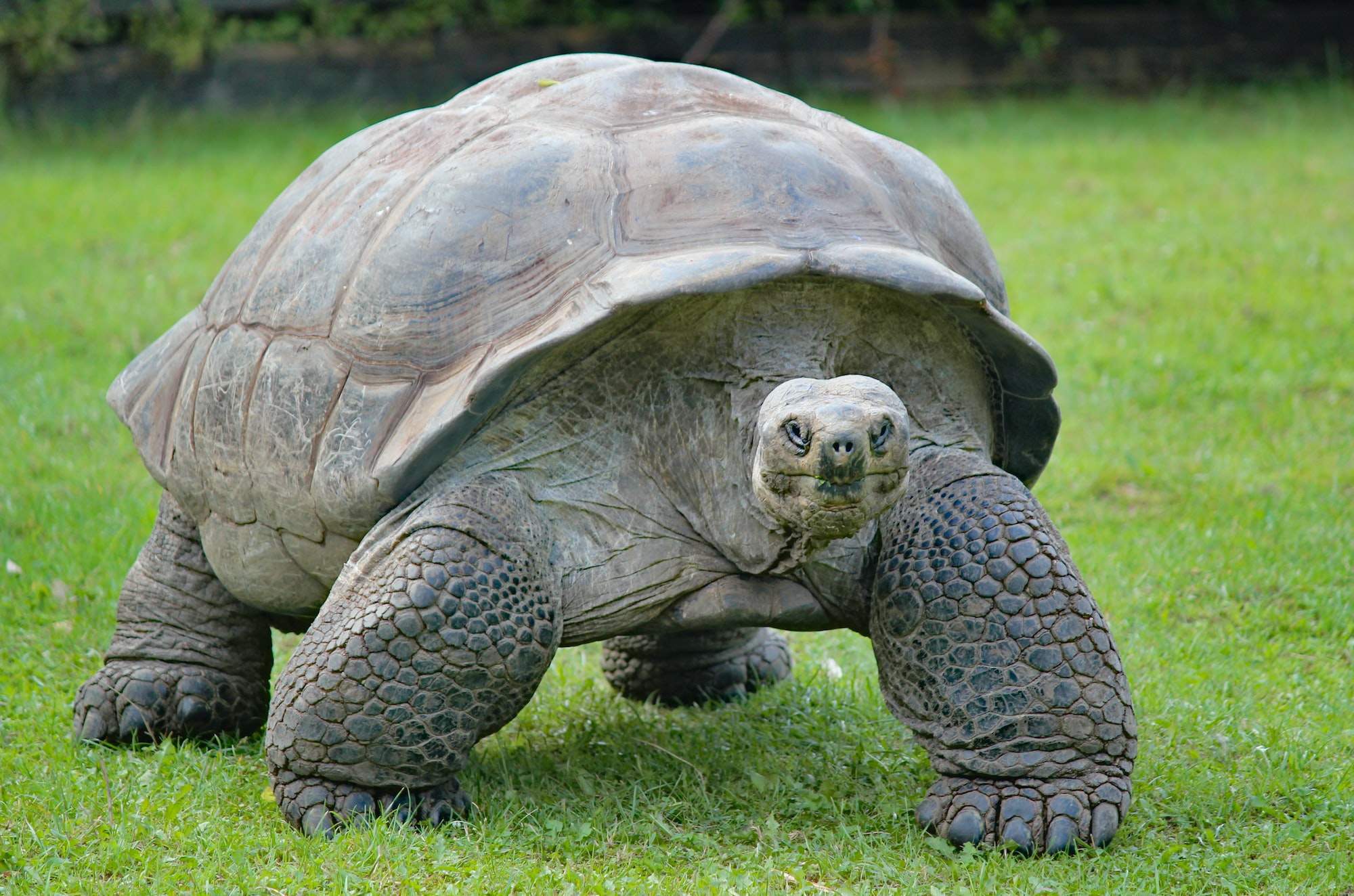 The Way of the Tortoise - A Book
Paid Members Public

The Way of the Tortoise: Why You Have to Take the Slow Lane to Get Ahead (with a foreword by Sir Andy Murray) Matt Little is a Strength and Conditioning Coach in elite Tennis who notably worked for a long time with Andy Murray (who provides a forward to this